The WWF is run at a local level by the following offices...

The story of Fatuma Macho: A VICOBA champion Trailblazing in Mafia

Fatuma Macho’s story is one with a humble beginning that grows to show the incredible life-changing potential of Village Community Banks (VICOBA). In Tanzania, VICOBA groups legally fall under Community Micro-Finance Groups (CMGs) – a new name to most of the Microfinance group practitioners in Tanzania. This was brought through the Microfinance Policy of 2017 and Microfinance Act 2018. CMGs include VICOBA, Village Savings and Loans Associations (VSLA), Saving for Internal and Lending Community (SILC), wealth groups and other community groups which are involved in collecting savings and issuing loans to its members.

WWF Tanzania, through its Seascape Programme, supports the establishment and coordination of these group savings and loans organizations with the aim to alleviate the pressure on marine and fisheries resources as a source of livelihood for rural and semi-rural communities in coastal Tanzania.
Fatuma was born into a family of 2 children in Mafia Island district, Tanzania in 1986. She was raised on the island and studied till form 1 of secondary school. It was due to financial difficulties that she was unable to continue her studies as her parents failed to afford the fees and buy some necessities for secondary school. It was at this tender age that she began selling fried fish as a street hawker, with a daily capital of Tshs 12,000 (USD 5) as a means to earn a living.
Fatuma sold fried fish bought from fisherman while still living at home with her mother for several years until giving birth to her first child, a son named Abdallah. It then became difficult for her to leave her young child each night to sell the fish, and so Fatuma began to schedule her time to sell her fish during the afternoon and take care for her child until he began nursery school.
In 2008, Fatuma got married and moved to Kilwa district with her family. She later gave birth to her second child, a daughter named Lihanah but soon moved back to Mafia with her family and returned to her fried fish selling business.
“I had my baby when I was 16 years old. I was very young and found myself fairly miserable in a poor relationship. I was less happy than unmarried people and was more interested in being in a great relationship than going through a soul-crushing break-up. The man could travel and stay away from home for a period of three months or more. I was starving with no food and yet I was breastfeeding. The good thing is, I was not compelled to stick to him for the sake of family expectation and I had no disapproval to beak the relationship from my parents”.
It was in 2013 that her friend Mariam introduced Fatuma to VICOBA. With the initial Tshs 2,000 (US $0.8) weekly contribution, Fatuma was quickly able to save up Tshs 100,000 (US$ 43) which she used as capital to buy and weigh fish directly at TANPESCA, a famous fish processing and export factory located in Mafia district and Dar es Salaam (Tanzania). This was an economic break-through as she could negotiate prices directly without middlemen interference. She also took out her first loan of Tshs 300,000 (US$ 129) from the VICOBA group which she invested into her new business as an agent for a fish export processing firm in Mafia Island.

As the VICOBA continued to do well, the weekly contributions also increased. In their second round, the group increased their contribution to Tshs 5,000 (US$ 2) and members were eligible to take out loans of up to Tshs 1,500,000 (USD 644). In their third round, the contributions stood at Tshs 7,000 (US$ 3) and at the end of the round, the profits were shared equally amongst members.
Fatuma earned a good reputation with TANPESCA and branched out into new opportunities, venturing into the transportation business as a motorbike rider. In 2017, with a loan from the VICOBA, Fatuma was able to buy her own motorbike. Once the loan was repaid, she then sold the motorbike and with another Tshs 3,500,000 (USD 1,502) loan from the VICOBA, bought a Toyota Corolla car.
In 2019, Fatuma took out a Tshs 10,000,000 (USD 4,293) loan from FINCA Tanzania – a micro-finance banking institution – and bought a Toyota Noah to use for her new transportation business in Mafia Island. Unfortunately, the car was faulty and she had to pay back the loan before selling the car. She later took out another loan from the bank and bought her current car, a Toyota Carina which she uses as a taxi during the peak tourism season in Mafia.
As a result of her business ventures, Fatuma has been able to send her children to school. Her son Abdallah studied form 1-4 at St. Mary’s in Dar es Salaam and later went on to complete his form 5 and 6. He is currently at the national military service commonly known locally as the Jeshi la Kujenga Taifa (JKT) in Buhemba village, Mara region. Her daughter Lihanah has just finished standard 6 at a private school in Mafia.
Currently, Fatuma’s weekly VICOBA contribution stands at Tshs 20,000 (USD 9) with a 1.5 year-round. Members are now able to take up to Tshs 4,000,000 (USD 1,717) as loans from the group. Fatuma has taken full advantage of this and used the loan to buy fishing nets, an outboard engine and a fishing boat. She now collects fish from her own boat once landed and buys from other fishermen, middlemen and women. She then sells the fish to TANPESCA as well as other customers and distributors in Mafia, Dar es Salaam and along the coast region. Fatuma has also managed to build a modern 3-bedroom house for herself and children in Kigamboni, Mafia as well as a tenant house in the same compound.
Fatuma confirmed that both women and men in the VICOBA groups are not only aware of the quality of their ocean environment but also highly committed to reconciling the improvement of their livelihoods with biodiversity conservation.
“We know the value of our livelihoods and its direct linkage to the ocean environment. If fishers stop fishing our business will stop immediately. Most of us depend on the fishing industry and we proudly present testimonies of our initiatives as potentials for further development and catalysts for biodiversity conservation and economic development. It has brought us together with self-help capacities, economic networks and organizational potential. We are now agent of change for local development”. 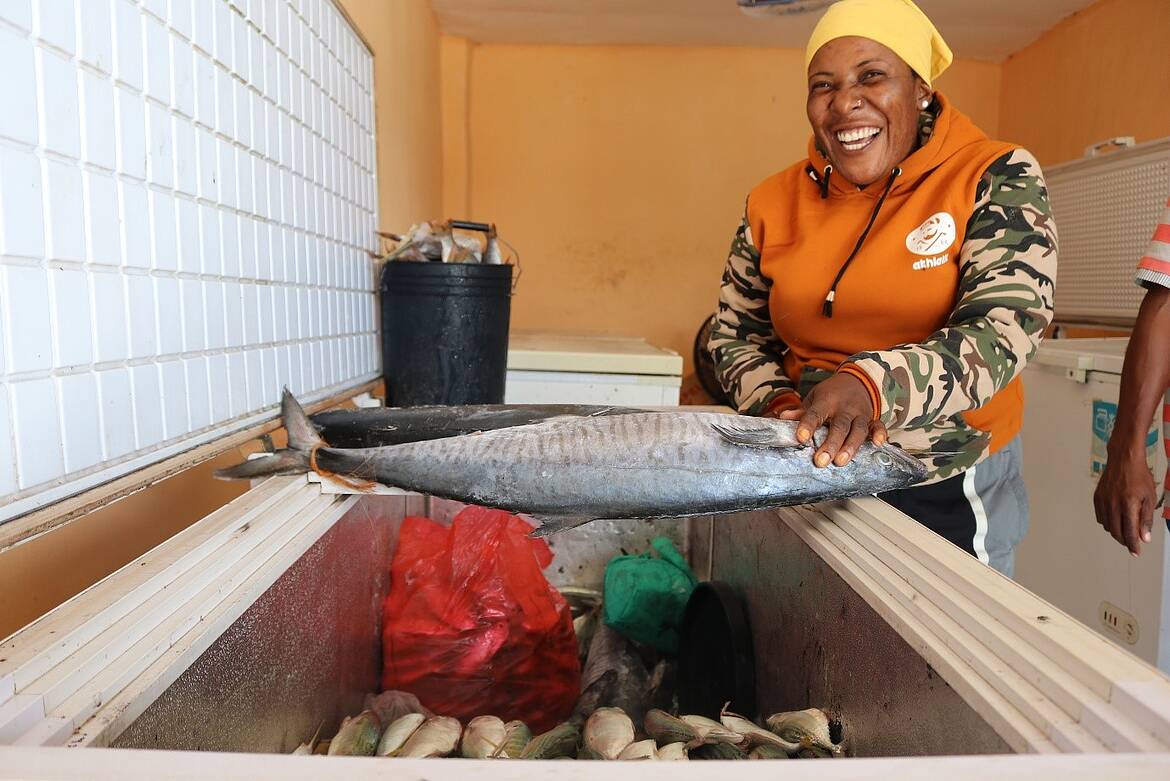 Tanzania has the highest number of buffaloes in Africa - Report